Christian Woman, Make a Difference in the Culture! 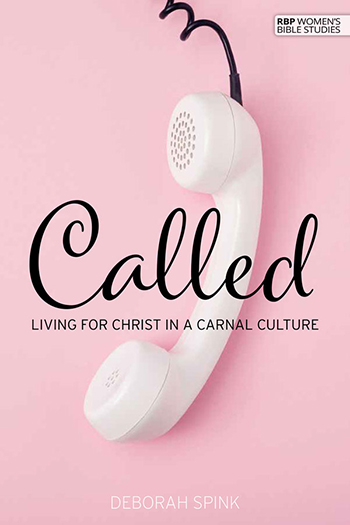 Arlington Heights, Ill.—Wealthy. Immoral. Pretentious. Materialistic. Sounds like American culture. But these words also describe first-century Corinth. While Christianity in America is so old it has become commonplace and—in the opinion of many—outdated, illogical, and irrelevant, it was radical and new to the people of Corinth. Paul had brought the gospel; people were saved; and a church was established. But the believers in Corinth struggled. So Paul wrote them a letter.

Regular Baptist Press is pleased to introduce Called: Living for Christ in a Carnal Culture, a 13-lesson study of 1 Corinthians, the apostle Paul’s inspired message to the struggling church in Corinth. His insights on unity, God’s power, marriage/singleness, spiritual gifts, and so much more, will help you become more Christlike in a culture that at times makes Corinth’s wickedness seem tame.

Deborah decided to write this Bible study as she observed the line between holiness and carnality becoming blurred in the church. “It is getting harder and harder to make a lifestyle distinction between our culture and Christianity,” she says. She admits that when she started writing Called, she had no idea how quickly the culture would degenerate. “We used to be a culture that was ungodly. We’re not just ungodly anymore: Our culture is antagonistic to Christianity and antagonistic to Christ. Now more than ever we need to face these issues and address them Biblically. I pray this study will encourage you and challenge you to be true to your calling in Christ and to make a difference in the culture.”

Join Deborah in this study of 1 Corinthians and learn to live a Holy Spirit–empowered life that makes a difference in this sin-drenched world—because you’ve been called!

Called: Living for Christ in a Carnal Culture