WELLSBORO, Pa.—When the Pennsylvania Association of Regular Baptist Churches met for its annual conference, Alan Wilson was there to exhibit for Regular Baptist Press and lead a workshop. 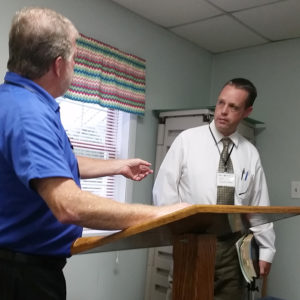 The 2018 conference was hosted by Marsh Creek Fellowship Baptist Church. Pastor Keith Williams announced the theme, “Standing with Israel,” saying, “The nation of Israel celebrated its 70th anniversary this year. Our president boldly moved the U.S. Embassy to Jerusalem against much international pressure. It seems appropriate as a Christian body that we also demonstrate our intent to stand with Israel.” Clarence Johnson from The Friends of Israel spoke in the general sessions on “The Jewish People: Abandoned or Adored,” “Anti-Semitism and the Church,” and “A Shepherd’s Passion.”

In addition to these general sessions and a business meeting, the conference included two informative general sessions, meals, 20 exhibitors, time at His Thousand Hills Camp, and five breakout sessions. 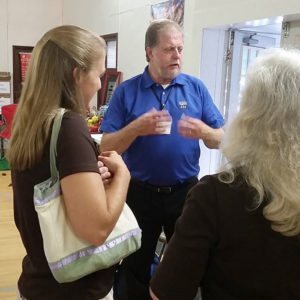 Attendees chose from 30 workshops for the breakout sessions. Alan Wilson’s was on reviving the Sunday School. After a discussion on the importance of Sunday School, Alan showed how to build a foundation, recruit good leadership/teachers, and then think through the purpose. This is practical and helps layout a plan for growth in numbers and knowledge, Alan says. During the Q&A, Alan answered why a church should use RBP adult curriculum instead of writing its own.

Alan summarizes the conference, saying, that he enjoyed great preaching and fellowship and that “Pastor Keith Williams, his wife, and congregation were super hosts for this event.”