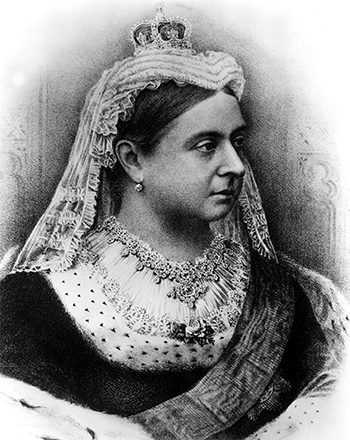 In the nineteenth century, a fascinating exchange of letters took place between Queen Victoria and the English evangelist John Townsend. After attending a service at St. Paul’s cathedral, the queen had asked her chaplain, “Can one be absolutely sure in this life of eternal safety?” The chaplain replied that he knew of no way to attain such certainty.

The conversation was published in the court news. When John Townsend learned of it, he undertook to write a letter to the queen. It read, “To her gracious Majesty, our beloved Queen Victoria, from one of her most humble subjects: With trembling hands, but heartfelt love, and because I know that we can be absolutely sure now of our eternal life in the Home that Jesus went to prepare, may I ask your Most Gracious Majesty to read the following passages of Scripture: John 3:16; Romans 10:9,10? These passages prove that there is full assurance of salvation by faith in our Lord Jesus Christ for those who believe and accept His finished work. I sign myself, your servant for Jesus’ sake, John Townsend.”

About two weeks later, Townsend received a response from the queen. “To John Townsend: Your letter of recent date I received and in reply would state that I have carefully and prayerfully read the portions of Scripture referred to. I believe in the finished work of Christ for me, and trust by God’s grace to meet you in that Home of which He said, ‘I go to prepare a place for you.’ Signed, Victoria Guelph.”

The uniform teaching of the New Testament on this matter is clear. Jesus said, “He who believes in [the Son] is not condemned” (John 3:18). Paul taught, “There is therefore now no condemnation to those who are in Christ Jesus” (Rom. 8:1). John wrote, “He who has the Son has life. . . . These things I have written to you who believe in the name of the Son of God, that you may know that you have eternal life.” What a blessing it is to know with absolute, unshakable confidence that our salvation is forever secured by the One Who loved us and gave Himself for us!