Glow in VBS: Use Black Lights 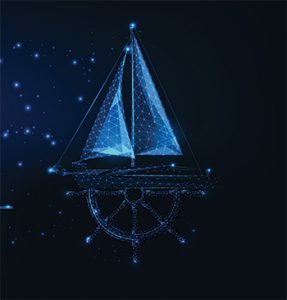 For over 20 years Alisa Greene has been helping churches hold VBS in the dark by presenting black-light VBSes. “I guess the idea started with my two daughters when they were young and decorating their room with glow-in-the-dark stars on the ceiling.”

“I love creativity and using that creativity to engage and get the attention of young people,” says Alisa, wife of Pastor Jimmy Greene at Higher Ground Baptist Church in Lexington, N.C. Her role is to oversee and cast the vision for the church’s VBSes, while Linda Handcock directs VBS and Cindi Claar assists Alisa in much of the artwork prior to VBS. After two decades, Alisa has tips for churches wanting to put on a glow-in-the-dark VBS. Here is what she suggests doing three months before VBS.

Start with two to five workers. One of the first things you will want to do is cast your vision to those working with you. Many tools and ideas are available on the internet. Pinterest is a great way to stimulate your creativity. Collect those ideas in a file. Look at the resources available to you and start to collect items you are going to need, for example, cardboard, foam board, poster board, chalk, and paint. You may want to check to see if a local company makes cardboard. Often such companies are glad to donate to a church’s VBS.

Black plastic sheeting can be purchased at home improvement stores. The cost for heavy-duty black plastic will run about $100 for 20′ x 100′. If this seems a little high, remember that each piece can be labeled and reused the following year. Hint: If you don’t have plastic, you can paint cardboard black and place it over any windows as well as on the walls.

Take a black-light flashlight when you shop for glow paper, especially white paper. Hint: In general, white construction paper, card stock, and typing paper are better choices than white poster board. (Everything white does not glow.)

These lights can be purchased by the case at a hardware store such as Lowes. They generally cost around $10 per bulb. Hint: Blacklight LED lights are a great option as they are smaller and are fairly inexpensive on Amazon. 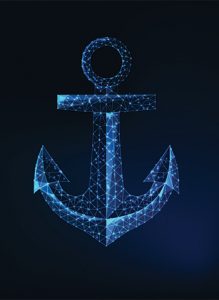 This chalk is not light pastel sidewalk chalk but a more vibrant and colorful chalk. The best way to purchase it is from a chalk company that provides the richest and most vibrant color chalk. It can be purchased by the stick (1″ x 1″ x 3″ sticks) or by the box. Be sure to note the difference between “Black Light” chalk and “Fluorescent” chalk; as they have two different effects. Both are good options. The difference is that black-light chalk will appear white in the daylight but will take on another color under the black light. “Fluorescent” chalk will stay true to its color. Hint: Eternity Arts. com is a Christian company that ships throughout the US. Each piece of chalk is handmade. Hint: The amount and color of the chalk ordered will depend on the effects you are trying to accomplish under black light. The cost of the chalk ranges from about $4 to $10 per stick.

In 2018 Higher Ground Baptist Church provided all the VBS kids with glow-in-the-dark glasses ordered and stamped with the church’s name. Other items include glow-in-the-dark hats for kids and orange glow caps and glow shirts for VBS teachers, song leaders, and workers. Pastor Greene gives lots of prizes each year during VBS. He usually tosses things into the audience or gives something special, like a teddy bear wearing a glow bandana, to kids who quote a Bible verse.

For Giddyup Junction in 2019, ladies made hairbands and bows with glow bandanas for each of the girls attending VBS. They also took glow bandanas and made necklaces by sewing and inserting marbles tied off with small rubber bands. For the guys, they cut glow bandanas in half, hemmed them, and added a sheriff’s badge to each one.

Alisa says the church has used “about everything that glows or blinks over the years in VBS. You can use waffle balls stuffed with glow sticks, blinking glasses, blinking yoyos, blown up flowers, balls. The kids absolutely love it.”

This is part 1 of a three-part series, How to Do VBS in the Dark. Look next Friday for part 2, “Create the Glowing Town of Big Fish Bay.”

Tweet
This entry was posted in Vacation Bible School and tagged How to Do VBS in the Dark, VBS. Bookmark the permalink.