It Only Took Three Days

That’s all it took for death to turn to life, darkness to blazing light, and unbridled despair to infinite hope.

“Destroy this temple,” Jesus had said, referring to His own body. “And in three days I will raise it up” (John 2:19). The crowd of listeners couldn’t possibly have understood at that time what this prophetic declaration entailed. Indeed even His closest friends and disciples didn’t dare to hope, in that hour of deepest darkness, that the horror of the crucifixion might somehow be reversed. When the news was delivered to them that their master and rabbi had suffered the ultimate indignation of death on a cross, they sunk into the depths of utter despondency and anguish. All their hopes and dreams had been crushed. Their Messiah had been slain. The despair in their hearts was palpably expressed in Cleopas’s words: “We had hoped that he was the one to redeem Israel” (Luke 24:21, ESV).

But no redemption and no deliverance had been forthcoming. Instead Jesus of Nazareth had succumbed to His wounds. “Father, into Your hands I commit My Spirit,” He said (Luke 23:46). And with that He was gone. Gone forever, the disciples must have thought.

But then three days passed. And with the passing of those three momentous days, the world—indeed the universe—changed forever. On that glorious sun-kissed Jerusalem Sunday morning, when Jesus of Nazareth walked out of His tomb, He heralded a permanent change in the order of things. Victory over despair and victory over death. That’s what Easter represents. “O Death, where is your sting? O Hades, where is your victory?” the apostle Paul would ask a few years later (1 Cor. 15:55). The answer to that question, of course, is found in Jesus: “Thanks be to God, who gives us the victory through our Lord Jesus Christ” (1 Cor. 15:57). 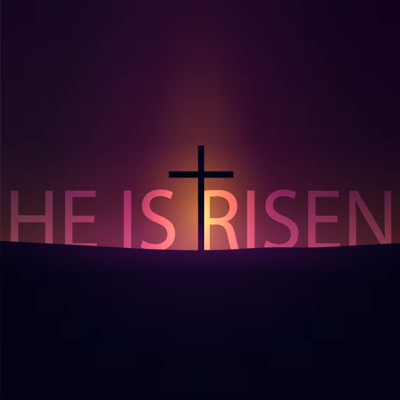 Perhaps you, like the disciples, find yourself facing difficulties and problems. Maybe you have had occasion in the past few days or months to sink into the depths of despondency and anguish. Trials, disappointments, disease, and death—these are all an inevitable part of life down here, under the sun.

But just remember: it only took three days. So whatever curveballs life throws at you, whatever grief you might be forced to bear, always remember that infinite hope is right around the corner, because Jesus is alive!

Tweet
This entry was posted in Commentary, From the Director and tagged Easter. Bookmark the permalink.