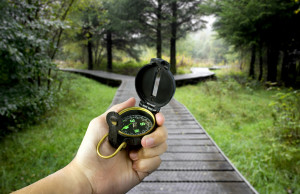 I once heard it said that our life is the culmination of the choices we make. Several years ago a popular prime-time game show asked contestants to make a series of choices involving briefcases filled with various dollar amounts. The tension of the game, like many other popular game shows, dealt with the consequences of the contestants’ choices; they could leave with up to a million dollars or with nothing. It made for entertaining television. The parallel with the choices we make in life is undeniable. What we decide determines our direction. The Regular Baptist Press 2014 Vacation Bible School, “Arrow Island: Choosing God’s Way” addresses this issue.

As a child, my biggest decision often centered around which flavor of pudding I wanted for a snack (butterscotch being a personal favorite). At that age, I considered the consequence to be life impacting. As I got older, my choices centered more on how to spend free time and which friends I would hang out with. By the time I hit high school, my choices began to grow in importance—which college to attend and what career to pursue. Once I was in college, the little choices impacted the bigger choices. Do I really want to walk a mile across campus in the snow for an 8 a.m. math class? Unfortunately for me, I chose not to get out of bed a few too many times, but was later given the opportunity to “correct the situation,” as my father explained to me. Had I not, it truly would have impacted my career choice. Later in college, I faced the two most important decisions I think any of us face in life: What do I do with God? and Whom will I marry? For me, that was answered all within the span of about three months, as the person who led me to the Lord is also the one whom I later married. Since then, life has presented countless other opportunities in which I personally, or my wife and I as a couple, had to choose whether or not to follow God’s way. Some decisions are easier than others, but they all require the same consideration: What will my choice mean?

The world is more than eager and able to influence our decision-making as it attempts to redefine what is right and wrong. Not knowing how to choose God’s way is equal to starting a journey without a map (or GPS); it is impossible to know which direction to take. Our children are particularly vulnerable, and we have a responsibility to ensure that their compass is pointed to the one true God. As parents, we won’t always be there to help our children make wise choices. Teaching them early gives them the foundation they will need to make the right decisions later on. All of us enjoy hearing, “You have chosen wisely,” and celebrating the fruits of good decision making.

We can’t necessarily prepare for the consequences of the decisions we make, but we can prepare for how we go about making those decisions; the earlier in life we learn that process, the more we can live a life of consequence. Regular Baptist Press’s 2014 VBS, “Arrow Island: Choosing God’s Way,” is an excellent primer in helping children make the right choices.