Reflections on Billy Graham, Fundamentalism, and the Legacy of a Godly Man 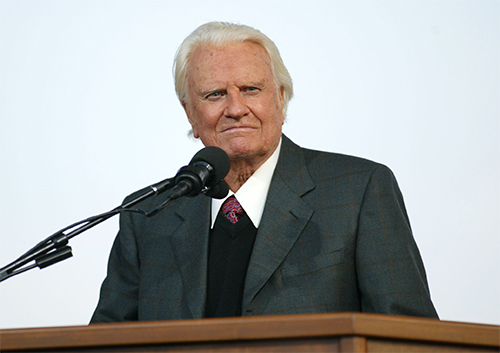 Billy Graham was a remarkable man. He was known the world over not only as a passionate gospel preacher, but also as a pastor to presidents and as something of a statesman, the public face of evangelicalism. It has been estimated (and few, if any, would dispute it) that Graham preached the gospel to more people around the globe than anyone else in history. His influence was considerable: more than 2 billion people heard his message during his many decades in ministry, and countless millions responded by believing in Jesus Christ for salvation. Though he never actively sought accolades, Graham’s earnest and winsome Bible preaching earned him the respect and admiration of many. He was repeatedly featured on Gallup’s list of most admired men—more frequently, in fact, than anyone else to date. That’s quite an influence. It’s quite a legacy.

One of the many impressive things about Graham’s life and work was the total absence of scandal. The protective measures he took to ensure his own marital faithfulness (including the so-called “Billy Graham rule”) are well known. And they seem to have worked: despite his frequent globe-trotting and his throngs of admirers, there was never even a hint of infidelity from Graham. Nor were there financial scandals of any kind. Such an unblemished record is, sadly, somewhat uncommon among high-profile evangelists in the modern era. Billy Graham’s personal integrity was exceedingly commendable.

While his life and ministry were devoid of scandal, that isn’t to say they were devoid of controversy. It’s no secret that Regular Baptists (and other fundamentalist-aligned groups) didn’t see eye to eye with Graham on everything. The first contentious issue was ecumenical evangelism. To maximize his reach, Graham was happy to partner with ecclesiastical groups of all stripes—including groups he did not personally agree with, such as Catholics and Protestant liberals. This ran afoul of fundamentalist views on Biblical separation, so there was fallout between Graham and the separatists, many of whom were his former friends and supporters.

Later, questions began to arise regarding Graham’s views on the salvation of the unevangelized. First in a 1978 magazine interview and later in a 1997 television interview, Graham made comments that seemed to endorse soteriological inclusivism—the view that it is possible for people to be saved without ever hearing and responding to the gospel message. This seemed strange indeed, especially coming from the greatest evangelist of the age. A heated argument ensued over what exactly Graham had meant by these comments, and much ink was spilled over the question. Unfortunately, Graham himself never unequivocally clarified his stance, so it is difficult even now to know with certainty where he truly stood on the issue.

And so, for many years there was bad blood between Billy Graham and the fundamentalists. It pains me now to read some of the fundamentalist critiques of Graham from that era. The motivation was no doubt commendable, but all too often those pieces went beyond thoughtful critique to impassioned name-calling and personal attacks. Such conduct was (and is) inexcusable—even when deployed in defense of something good, like doctrinal purity. “As much as depends on you,” Paul wrote, “live peaceably with all men” (Rom. 12:18).

Doubtless there was plenty of blame to go around. I remain convinced that ecumenical evangelism was a problematic approach to take. And if Billy Graham truly subscribed to soteriological inclusivism, then that, too, is disturbing and disappointing. At the same time, it should be frankly admitted that we fundamentalists were far too quick to malign and condemn Graham, and far too reticent to acknowledge that God was working mightily through his ministry, despite the methodological imperfections we perceived. Through Graham’s tireless efforts, millions came to a saving knowledge of Christ. In response to this, Heaven rejoices (Luke 15:7)! And so, I think, should we.

Billy Graham wasn’t perfect; none of us are. But he was a godly man who devoted himself to proclaiming the message of Jesus Christ with a single-minded passion. May we, in our own grasping, fumbling, oftentimes imperfect ways, seek to do the same.