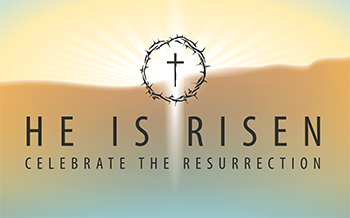 The climax of history is the resurrection of Jesus Christ.

Until that glorious Sunday morning nearly two millennia ago, mankind languished under the curse of Adam and all the destructive penalties it entailed. Our condition was defined by depravity. Our direction was dominated by self-centeredness and pride. Our destiny, summed up in the macabre refrain of Genesis 5, was singularly unimpressive: “And he died.”

Adam died. Abraham died. Moses died. Nebuchadnezzar and Alexander the Great and Julius Caesar died. The rich and the poor, the bond and the free, the most powerful and brilliant inhabitants of our planet right alongside the poor, the powerless, and the disenfranchised . . . they all died, each and every generation without exception. “And he died . . . and he died . . . and he died.” So death—the great equalizer and the persistent enemy of mankind—held our world firmly in its malign grasp. “Death reigned from Adam to Moses” (Rom. 5:14) and beyond. What a lamentable end. What a hopeless estate.
Then Jesus stepped down into time. He changed the tune and changed the words: “And He died . . . and He rose again! And He is alive forever.” In His perfect life, He revealed the Father to us. Through His sacrificial death, He made provision for the forgiveness of our sins. And with His triumphant victory over the grave, He secured our justification and He dealt a mortal blow to death itself. “The last enemy that will be destroyed is death” (1 Cor. 15:26), and its destroyer is none other than Jesus Christ our Lord.

Tweet
This entry was posted in From the Director. Bookmark the permalink.