The Pro-Life Movement Is on the Right Side of History . . . and Science 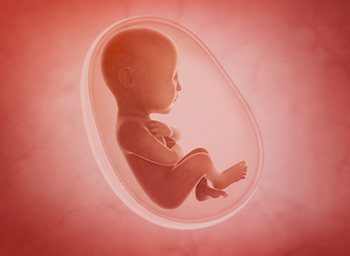 Recent events have thrust the issue of abortion back into the public spotlight. Now the culture war’s battle lines are being redrawn in familiar places as pundits, partisans, and politicians line up to yell at and talk past one another. That’s unfortunate, because this issue deserves to be treated much more seriously than the political football it has become. We’re not talking about the stuff of mundane political discourse. This isn’t about marginal tax rates, trade policy, or property rights. This is about the taking of innocent human life. Even from an irreligious perspective, what more fundamental human concern could there be than that?

Conservatives are often accused of being on the “wrong side of history.” The argument goes like this: conservative values and ideals are quickly becoming outmoded, and eventually society will look back on conservative social norms with the same derision we now reserve for such historical misdeeds as slavery and institutionalized misogyny. In some cases, there might even be a grain of truth in this line of thinking—after all, William F. Buckley once defined a conservative as someone “who stands athwart history, yelling ‘Stop!’” (Of course, that’s because conservatives believe that much of the time what society calls progress is in all actuality a foolhardy march toward self-destruction. “There is a way that seems right to a man,” King Solomon wrote, “but its end is the way of death.” [Prov. 14:12])

That being said, in this case I think the idea that conservatives are on the “wrong side of history” is utterly laughable. As modern fetology advances, it becomes increasingly obvious that science is on the side of the pro-life movement. Thanks to 4D ultrasound imaging, what was once casually derided as a mere clump of cells is now shown to be an entity with a strikingly human body and a recognizably human face. It breathes. It moves. Its heart beats. It has its own unique DNA, which is demonstrably and unquestionably human. These entities within the womb are most plausibly and accurately described as living, unborn human babies. And that has profound moral implications. It puts pro-life advocates on the side of history’s would-be liberators and abolitionists, not on the side of its tyrants and repressors.

In his book Christian Ethics, Norm Geisler provides an excellent summary of the known facts surrounding early fetal development thanks to modern fetology:

First Month: Actualization
Conception: All her human characteristics are present.
She implants or “nests” in her mother’s uterus (one week or so later).
Her heart muscle pulsates (three weeks).
Her head, arms, and legs begin to appear.

Second Month: Development
Her brain waves can be detected (40 to 42 days).
Her nose, eyes, ears, and toes appear.
Her heart beats and blood (her own type) flows.
Her skeleton develops.
She has her own unique fingerprints.
She is sensitive to touch on her lips and has reflexes.
All her bodily systems are present and functioning.

Third Month: Movement
She swallows, squints, and swims.
She grasps with her hands and moves her tongue.
She can even suck her thumb.
She can feel organic pain (8–13 weeks).

Fourth Month: Growth
Her weight increases six times (to one-half birth weight).
She grows up to eight to ten inches long.
She can hear her mother’s voice.

Fifth Month: Viability
Her skin, hair, and nails develop.
She dreams (REM sleep).
She can cry (if air is present).
She can live outside the womb.
She is only halfway to her scheduled birth date.

It is difficult to overstate just how damaging these facts are to the pro-abortion viewpoint. They show us that any attempt to pick a benchmark in fetal development to serve as the decisive dividing line between personhood and non-personhood is hopelessly arbitrary and subjective. Many state laws choose fetal viability as the cut-off point. But with improvements in medical technology, the point of fetal viability becomes earlier and earlier. Are we seriously to conclude that human personhood or non-personhood is determined by the state of medical technology at the time? Please.

All the evidence points in one direction: the child in the womb is a human person the moment she is conceived. To borrow a line from Dr. Seuss, “A person’s a person no matter how small.” I remain hopeful that the scientific evidence for fetal personhood will someday turn the tide in the abortion controversy, and society will realize that the taking of unborn human life is a moral atrocity every bit as objectionable as slavery or genocide. Until then, it is our duty as Christians to continue advocating for the sanctity of all human life—the loved and the unwanted, the born and the unborn. We are on the right side of history.