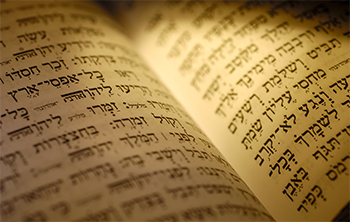 The superiority of an originalist hermeneutic

In the previous article, I suggested that there are three essential principles for an originalist interpretation of Scripture: the text means what the author meant; the text means what it says; and the text cannot mean what it never originally meant. In this installment, I’d like to examine a few popular non-originalist hermeneutical approaches that are in vogue today, and then offer some reasons why I believe originalism is far superior to these approaches.

The Christocentric method has made significant inroads in conservative evangelical circles. On this view, the Old Testament must be reinterpreted in light of the New Testament, so that all Old Testament revelation is understood to be about the person and work of Jesus Christ. Greidanus explains:

A related concept, which often goes hand in hand with Christocentrism, is the theological interpretation of Scripture. This approach sees theology not as the result of Scriptural interpretation, but rather as an axiomatic presupposition that guides and shapes the interpretive process. So external theological conclusions (usually derived from sources such as the ecumenical creeds or Reformation-era confessions of faith) are given a controlling influence over one’s interpretation of the Scriptural text. Just as Christocentric interpreters import New Testament data into the Old Testament text, so theological interpreters import extrabiblical data (creeds and confessions) into both Old and New Testament texts. In my judgment, this is putting the cart before the horse. Advocates of this approach are well-intended (the TIS movement seems to have emerged as a reaction to destructive critical readings of Scripture and to postmodern claims that meaning is malleable and certainty is provisional), but this is the wrong remedy for those maladies. A commitment to Sola Scriptura demands that our theological conclusions must always be submitted to and judged by the text of Scripture. That simply cannot happen if they are allowed to control how we interpret the text of Scripture in the first place.

Here is an area where we dispensationalists have too often played fast and loose with the text. Typological interpretation seeks to recognize patterns in the unfolding of Scripture where earlier events or people (types) are understood to foreshadow later events or people (antitypes). There is some validity to this approach. Some Scriptural events do clearly stand in a typological relationship to one another: the bronze serpent and the crucifixion of Jesus are one clear example (John 3:14). The Jewish sacrificial system and Christ’s substitutionary atonement are another (Heb. 10:1–14). Less clear examples might include Antiochus Epiphanes and the Antichrist (Dan. 11:1–35, 36–45) and the rock in the wilderness and Jesus Christ (1 Cor. 10:4).

Nevertheless, recognizing the presence of some typological relationships in the Scripture does not justify the over-typologizing that we have sometimes indulged in. A generation ago, it was not uncommon for dispensational interpreters to preach Genesis 24 (in which Abraham’s servant seeks out Rebekah to be a bride for Isaac) as if its true meaning had to do with the Holy Spirit’s seeking the church to be a bride for Christ—an interpretation that doesn’t arise naturally from the Old Testament text, nor is it supported anywhere in the New Testament. Other examples of this kind of over-typologizing could be listed ad nauseam.

I think a proper originalist response to excessive typological interpretation should contain two components. First, Zuck has argued that we should only acknowledge as typological what is overtly designated as such in the New Testament. This advice is sound, and it would protect against much arbitrariness and excess in typological interpretation. Second, it is probably better to see typology as a feature of God’s providential ordering of history rather than as a feature of textual meaning. Scripture may record two events that God has providentially designed to stand in a typological relationship to one another, but the meaning of the texts that record those events should still be understood via sound (i.e., originalist) interpretive principles. There is not a deeper “typological meaning” in the text that originalist principles cannot uncover; rather, the text plainly and accurately records historical events or elements that happen to stand in typological relationship with one another.

I believe originalism is superior to these approaches for at least four reasons. First, originalism preserves objectivity. Non-originalist hermeneutics strip the text of its fixed, objective meaning, and pave the way for a subjective, “anything goes” understanding of the text. That, in turn, can completely undermine our commitment to Biblical inerrancy, authority, and sufficiency. We can’t really submit to the Scriptures if we don’t know what they mean, and if we abandon originalist hermeneutics, we can’t really know for sure what the Scriptures mean.

Second, non-originalist hermeneutics make the reader, not the author, the ultimate determiner of what the text means. In that case, we aren’t really submitting to what the text says; we’re deciding what the text says, and that is a privilege God simply has not given us.

Third, originalism affirms God’s role as the revealer of truth. What does it say about God’s character if we believe His Old Testament Scriptures were totally incomprehensible until centuries after they were written when He finally doled out the magic decoder rings (the New Testament texts)? If that’s the case, then the Old Testament Scriptures weren’t really revelation, they were obfuscation. And that is inconsistent with the character of our God, Who is not only totally truthful but also the ground and source of all truth.

Fourth, originalism flows from the doctrine of perspicuity (“clarity”). According to perspicuity, God has revealed the Scriptures clearly and understandably so that ordinary people can read them, understand them, and so come to a saving knowledge of the true and living God and of His Son, Jesus Christ. But as we’ve already said, the Scriptures can only really be perspicuous (“clear”) if their meaning is objective and fixed, and that in turn requires an originalist hermeneutic.

In short, originalism is superior. If we truly believe that God has disclosed Himself to us through the written revelation of Scripture, then we dare not take liberties with the text. We must cherish it enough to let it speak for itself, and then we must submit to it.

In the next installment, we will examine and respond to some common objections to originalist hermeneutics.

David Gunn is director of Regular Baptist Press. This article is from the January/February 2020 issue of the Baptist Bulletin.

Tweet
This entry was posted in Commentary, From the Director and tagged Why Originalism?. Bookmark the permalink.