“Captive to the Word of God” 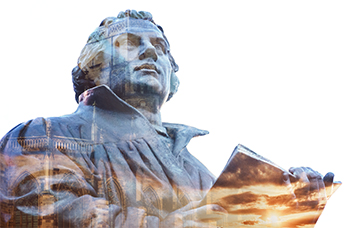 The Protestant Reformation began humbly on October 31, 1517. When Martin Luther nailed his 95 Theses to the castle chapel door in Wittenberg, Germany, he wasn’t really intending it as a grand revolutionary act. Nailing theses to church doors was just the way that medieval scholastics invited the scholarly community to participate in an academic debate. In this case, Luther wished to begin a discussion about the Scriptural warrant for indulgences—or the lack thereof. That simple act of nailing parchment to wood, seemingly insignificant though it was at the time, would forever alter the course of Luther’s life, to say nothing of the course of Western civilization.

Theological differences notwithstanding, I’ve always admired Martin Luther. It is difficult to imagine that anyone else in the history of Christianity more perfectly embodied the words of 2 Timothy 1:7 (“For God has not given us a spirit of fear, but of power and of love and of a sound mind”) than Martin Luther. He was not a timid man. When the institutional corruption and theological perversion of medieval Catholicism began to dawn on him, he could not remain silent. The depth of his conviction impelled him to speak out and act.

That is not to say, however, that Luther was self-confident or that he viewed himself as the ultimate arbiter of truth. The boldness he wielded was a derived boldness. It arose directly from his settled confidence in the authority of Scripture. That confidence pervaded virtually everything Luther ever wrote, and it was expressed most poignantly in 1521 at the Diet of Worms. There Luther was called upon to recant his controversial views or suffer the consequences. He responded:

Unless I am convinced by the testimony of the Holy Scriptures or by evident reason—for I can believe neither pope nor councils alone, as it is clear that they have erred repeatedly and contradicted themselves—I consider myself convicted by the testimony of Holy Scripture, which is my basis; my conscience is captive to the Word of God. Thus I cannot and will not recant, because acting against one’s conscience is neither safe nor sound. God help me.