A HIGH POINT in the year spiritually for many people is Vacation Bible School. That’s largely because of the relationship factor and God’s love being poured out on children and their families at VBS. Students are impacted forever! That depth of impact often begins one student at a time. This was an approach Jesus frequently took (e.g., John 3; 4). During VBS the personal, one-on-one touch can go a long way. For many believers, discipleship happened when someone took an interest and a one-on-one approach to helping them grow in the Lord.

One way to ensure individual attention is to assign VBS team members to small groups of students who will be under their care throughout VBS. One-on-one discipleship can start immediately after a student accepts Christ as Savior. The worker who led the student to the Lord can start him or her off on a good footing by doing the following:

After VBS when it’s back to “real life,” how can your church preserve in students what began in that intense, focused, and sometimes crazy week? Staying connected and involved with students will help them to keep growing. You can start with handwritten Wonder World Funfest thank-you cards or postcards, and then do anything possible to let students and their families know you care. This will open doors for them going further with the Lord. Getting to know their families not only could ensure you’ll have crucial permission from parents or guardians as you work with their children, but may also lead to reaching the family for Christ as well.

Many children need some kind of mentor but may not have one at home. What if the mentor they nee 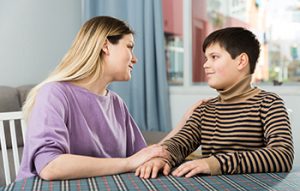 d is at your church? One-on-one discipleship is rewarding and can be intensive. But if the vision spreads for the most exciting journey—growing in Christ—and if more men and women get involved in discipleship, the effectiveness multiplies.

Consider making it a key part of your VBS plans, from the very beginning, to stay connected with students individually as God develops roots and strengthens them in Christ (Col. 2:6–7). That’s the best way to keep the excitement of VBS going all year long!

This article is part of a three-part series, A VBS That Keeps Working. Look for the next installment this coming Monday.

Joshua Mason is RBP’s creative manager for VBS. He holds an M. Div. and has served as a children’s pastor and in other ministry roles. As a VBS director, he saw the impact VBS could have, not only on children but also the entire church and its outreach to the community. Now he’s thrilled to be part of making sure churches have the tools they need as they reach children for Christ!
On a normal day you might catch Joshua flying a drone with his daughter in his free time. He also likes to read good books or articles, ride bikes with his family, and play basketball.
View all posts by Joshua Mason →
This entry was posted in Ministry Highlights, Vacation Bible School and tagged A VBS That Keeps Working. Bookmark the permalink.