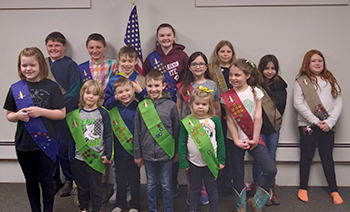 CASS CITY, Mich.—In April, the Cass City Police Department posted a thank-you to First Baptist Church for a gift from the Kids4Truth Clubs children: “In these unsettling times, gestures like this make us even more grateful to work for such an amazing and supportive community. From every officer of this department, a heartfelt thank you!”

The clubs leaders, David and Angela McArthur, sent a note home with kids, asking for donations. They had been studying Kids4Truth Clubs Theme 11: God’s Work—Past and Present. Question 9 asks, What is government? The answer builds from a simple, “Government includes leaders who make, interpret, and enforce laws,” to the more detailed, “Government includes city, state, and local leaders who make, interpret, and enforce laws. Rulers are both appointed by God and accountable to Him. Romans 13:1—‘Let every person be subject to the governing authorities. For there is no authority except from God, and those that exist have been instituted by God.’” Honoring first responders in the police department was a natural application of Question 9. But it wasn’t the McArthurs’ only motive for asking the kids to donate.

“We also wanted to show our support for the local police officers.” The McArthurs hope to hold a special night next year honoring first responders. They will invite guests from the police and fire departments and someone from the medical field to share with the kids what they do. 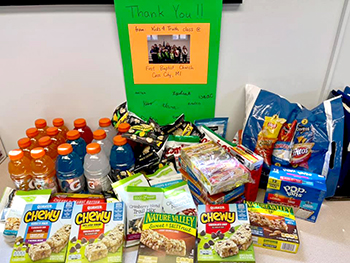 Pastor Christian Wright delivered the donated items to the police department, giving him the opportunity to introduce himself to some of the people there. When he asked if they would be willing to attend next year’s special night, they said they would be glad to.

Like so many other events in 2020–21, the special night was postponed due to COVID concerns. Donating items gave the kids a way to show respect and gratitude without having direct contact with their city’s first responders.