The late Supreme Court justice Antonin Scalia had a story he liked to tell about his graduation from Georgetown University in 1957. In those days, Georgetown required its baccalaureate students to pass a comprehensive oral exam in their chosen major in order to graduate. Scalia’s major was history, so his exam was administered by three of the university’s history professors. At one point during the examination, Dr. Wilkinson, the chairman of the history department, asked Scalia, “What is the most important event in the history of the world?” Scalia was elated. “What a softball question!” he thought. “I can’t possible get this one wrong!” 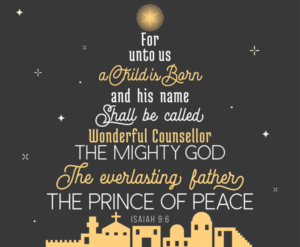 Scalia came up with an answer off the top of his head. Years later when recounting the incident, he could no longer remember what answer he came up with, only that, whatever it was, Dr. Wilkinson reacted to it by shaking his head disappointedly. “No, Mr. Scalia,” he said. “It was the Incarnation, when Christ became a man; that is the correct answer.”
This Christmas season, take some time to reflect on that comment. Arguably the most important event in the history of the world was the Incarnation. For our sakes, the Son of God clothed Himself with frail human flesh to step down into a hostile world. The newborn baby that Mary laid down to sleep in Bethlehem’s manger was none other than the creator of Heaven and earth. “In Him,” Paul wrote, “dwells all the fullness of the Godhead bodily” (Col. 2:9). In time, He would also prove to be not just mankind’s creator, but also their redeemer. This, then, is the real meaning of Christmas: “Christ Jesus came into the world to save sinners” (1 Tim. 1:15). 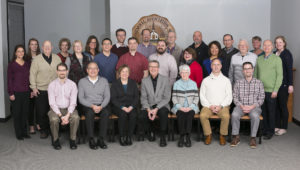 From all of us at the Regular Baptist Press to our friends, customers, and colleagues, may you have a very merry Christmas and a happy New Year!
David Gunn
Director of RBP

Tweet
This entry was posted in From the Director. Bookmark the permalink.